Medien Evokation of my Demon Sister 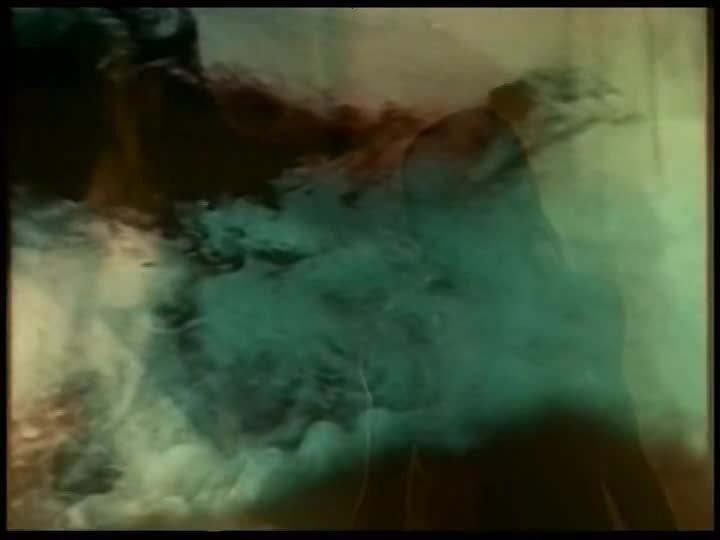 Whether she's making paintings, drawings, art books or videos, Ellen Cantor always digs into herself restlessly looking for her own truth. To reach that truth as closely as possible, she feels compelled to go against all conventions and expectations regarding her own person. Unconventional is too weak a word to describe her. It also applies to her whole way of being and to the way she works with images.
In fact, she mistrusts the image. She is truly convinced that our thoughts and values are highly dictated and formed by the media. Within herself, she discovers a lot of traces from news broadcasts, cinema and certainly also cartoon films and commercials [...]
Her work isn't easy to comprehend. She often uses more or less well-known images, but mixes them up in a collage so that they become a criticism of the media involved. But that is not her only and most important goal. She selects and combines the images so that they become metaphors of her own experiences and desires. These underlying themes don't make any it easier on us. Constraint is a theme she often uses. The incapacity to deal with love. To learn that love does not liberate, because the threshold is too high for one or the other, "something which exceeds our capcity to overcome". Fundamental fear is an emotion she knows very well, it's the 'devilish sister' that constantly bugs her and so she must let her speak in The Evokation of my Demon Sister. She evokes the fear through many layers of sound and image, mostly from feature films like Carrie by de Palma, Repulsion by Polanski, Nostalgia by Tarkovski, The Texas Chainsaw Massacre by Tobe Hooper, and even The Sound of Music by Robert Wise... Fear has many different faces.

DECODING The Mysteries of Antarctica (THE WHOLE TRUTH)